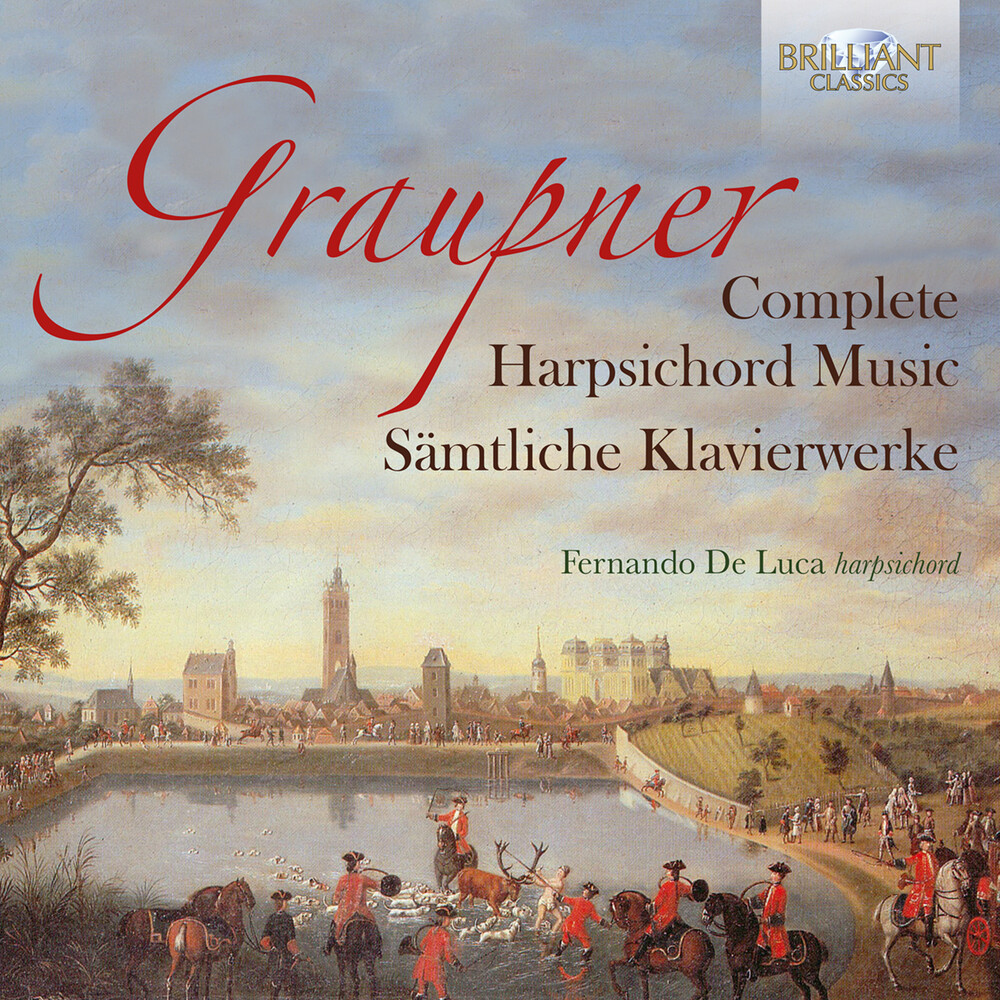 Making his Brilliant Classics debut, one of Italy's most accomplished harpsichordists, in the music of a composer fast making up for centuries of neglect as one of Bach's most original and gifted contemporaries. Fernando de Luca has recorded Baroque music both canonic (the Well-Tempered Clavier, Scarlatti sonatas, Rameau suites) and obscure (John Sheales, Christophe Noblet, Charles Moyreau) for a variety of early-music specialist labels. Now in newly released recordings made for Brilliant Classics in 2012-19, he presents the harpsichord music of Christoph Graupner (1683-1760). Hitherto known if at all as the most talented of Johann Kuhnau's pupils, who had been hired by the Town Council of Leipzig to replace his late teacher as Cantor in 1723 before withdrawing his application and remaining in post in Darmstadt - thus clearing the way for the post to be grudgingly offered to one Johann Sebastian Bach - Graupner was renowned in his day for his gifts as a harpsichordist, much as Bach was known for his prowess at the organ. He advanced technical innovations with his first published set of Partitas in 1718. Another set of suites followed in 1722, and in 1733 he began publication of a series of partitas called The Four Seasons, but either he never pursued the enterprise beyond 'Winter', or the others have been lost, like so much else of Graupner's music. However, he continued writing dance-themed partitas into the 1750s. The 'Monthly Keyboard Fruits' of 1722 are structured as a musical diary like Tchaikovsky's Seasons. A different dance suite describes each month, and Graupner allows himself some freedom with the Preludes which draw the curtain on the suites. July's Prelude is like an invention, while August's is structured like a concerto movement.