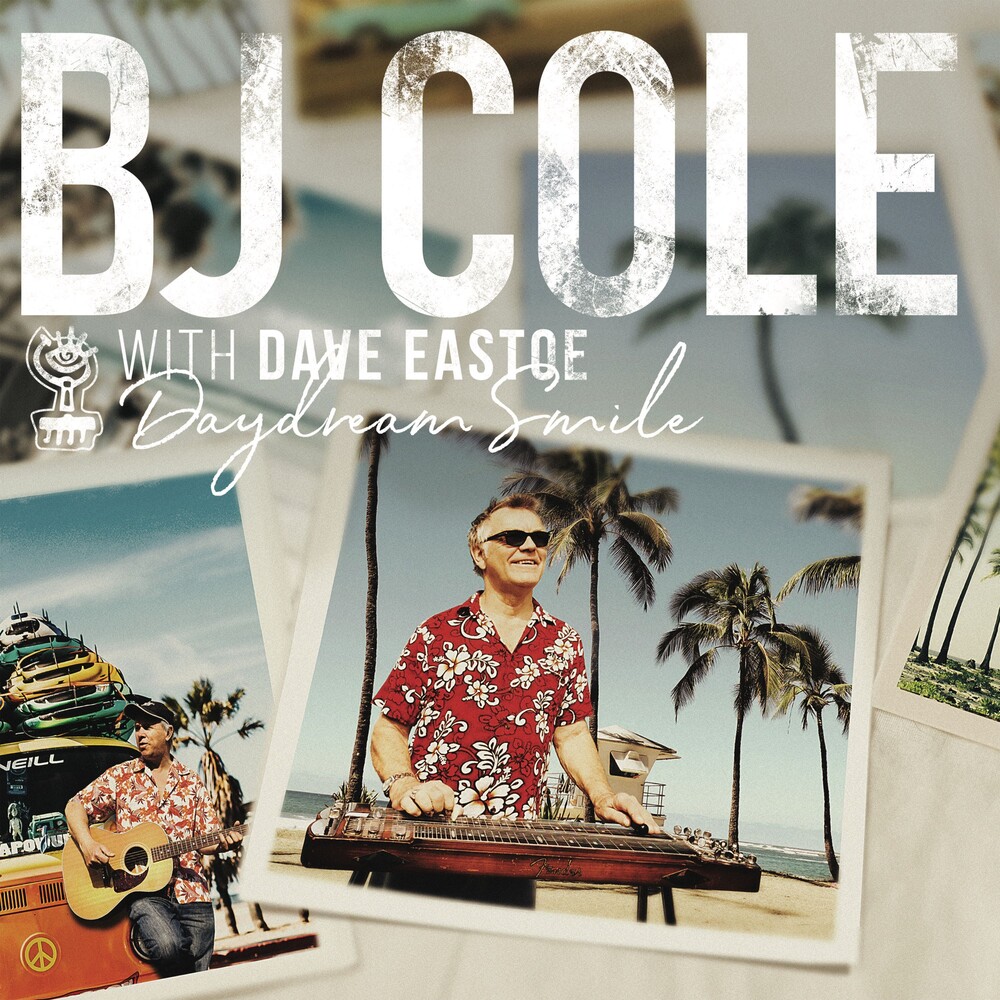 BJ Cole is back with first original music in years... and it is HAWAII'AN! Featuring guitarist Dave Eastoe and special guests this one is special. Award winning multi-instrumentalist B.J. Cole began his career gigging with Irish Country bands on the US Airforce bases around the UK in the '60's. He went on to be a founder member of the psychedelic Country Rock band COCHISE, who recorded three albums for United Artists and shared stages with Hawkwind and a demo studio with Elton John. After working with EJ on 'Tiny Dancer', BJ became established on the British recording session scene and went on to record with most of the greats of popular music, including: Steve Marriott, Scott Walker, Dave Gilmour, Dave Edmunds, Albert Lee, Gerry Rafferty, Sting, Bjork, Elton John, Aphex Twin, Squarepusher, and on and on, and continues to do so to this day. BJ's recent records have been largely experimental, and designed to expand the musical remit for the Pedal Steel, boldly going ever more deeply into the territories of Jazz and Classical Music; and then... Where? Well, back to his roots of course. To his passion for the lyricism of Hank Marvin's guitar, Santo & Johnny's 'Sleepwalk' and the music of the Hawaiian Islands, the sounds that ignited his musical flame. The musical chemistry between BJ and Dave is what makes this record possible. Above all, 'Daydream Smile' is a statement by two friends who have a love for the music and culture of the Hawaiian Islands. It may not be particularly authentic, but it is passionate. It's about time that the music of Hawaii was properly recognized for the vital role it played in the development of Americana and in the history of American popular music.