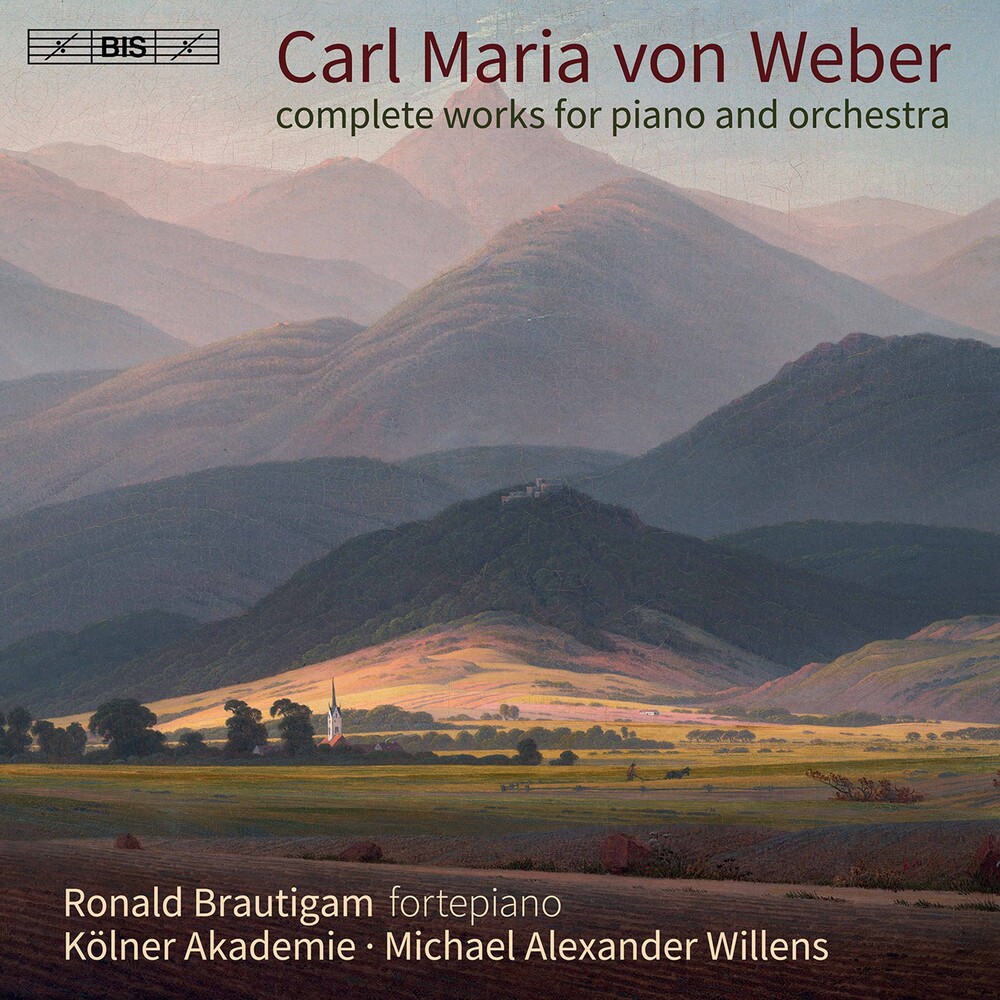 Carl Maria von Weber wrote music that has been admired by composers as diverse as Schumann, Berlioz, Tchaikovsky, Debussy, Ravel and Stravinsky. But in his lifetime he was also recognized as one of the finest pianists of the period, with an exceptional technique and a brilliant gift for improvisation. Especially during the 1810s he toured extensively, and like other composer-pianists he wrote works to use as his personal calling cards, among them the two piano concertos recorded here. They were both composed in 1811-12, but while the First Concerto takes Mozart's concertos as it's model, Piano Concerto No. 2 looks towards Beethoven. This change of direction was probably influenced by the fact that Weber had acquired a score of Beethoven's recently published Emperor Concerto. In any case there are some striking similarities between his concerto and Beethoven's: the use of identical keys, and the inclusion of a slow, subtly orchestrated Adagio and a closing playful rondo in 6/8. Weber is unmistakably Weber, however: a highly original orchestrator whose music is at turns brilliant, melancholy and charming. These qualities are to the fore also in the Konzertstück from 1821, in which the composer liberates himself from Classical models and finds a new path. Much admired by Liszt, the work is a kind of symphonic poem in four sections, played without a break. Following highly acclaimed recordings of the complete concertos by Mozart and Beethoven as well as Mendelssohn, this disc brings the team of Ronald Brautigam and Kölner Akademie to the very crossroads of Classicism and Romanticism.