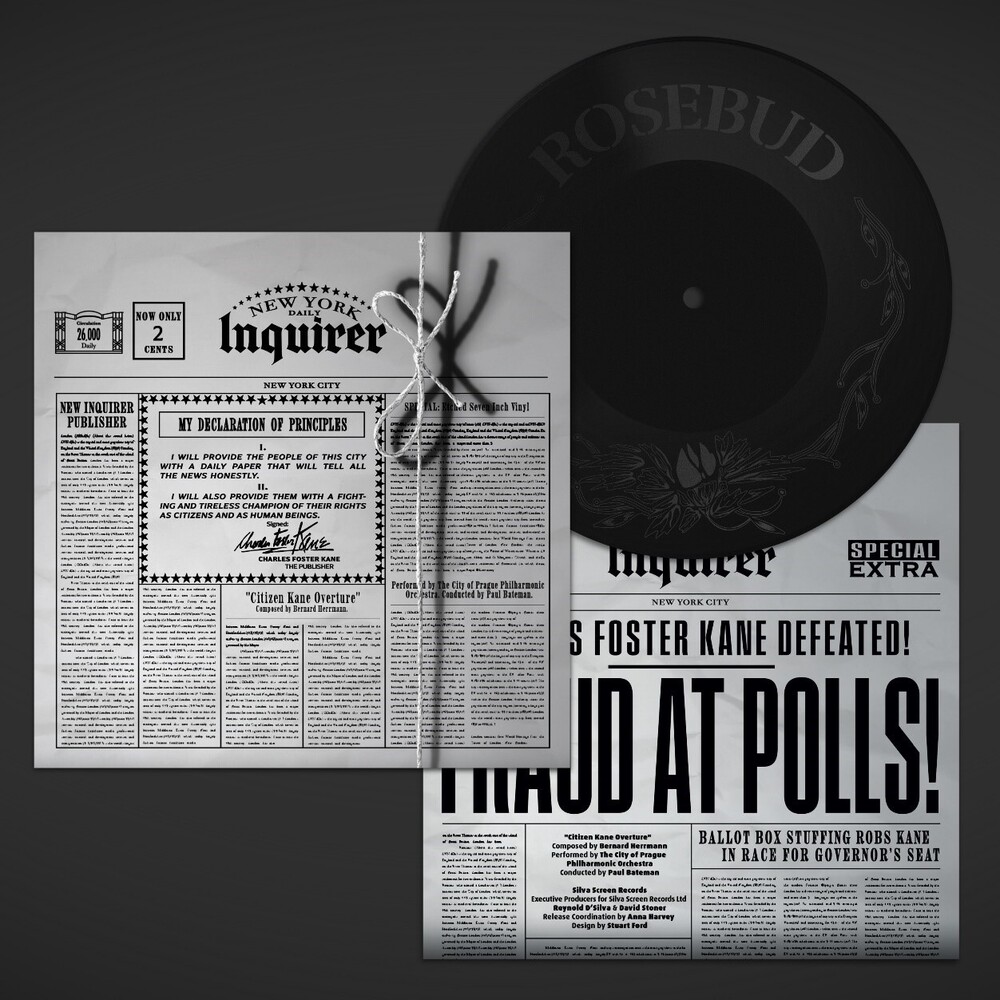 With the release of "Mank" (currently streaming on Netflix) at the end of last year bringing Orson Welles's film "Citizen Kane" (1941) to a new audience, this 7" celebrates what is cited as the best American film ever. The film is a perennial character study of incredible depth, superbly acted by Orson Welles himself, of a man's relationship with money and power. The "Citizen Kane Overture" is on the A side and an etching of 'Rosebud' on the reverse, newspaper magnate Charles Foster Kane's mysterious last word from his deathbed, which the reporters scramble to interpret. Bernard Herrmann had collaborated with Orson Welles previously, but "Citizen Kane" was his first major film score, getting him an Academy Award nomination for Best Score of a Dramatic Picture. Numbered Limited Edition, Printed Inner Sleeve
back to top