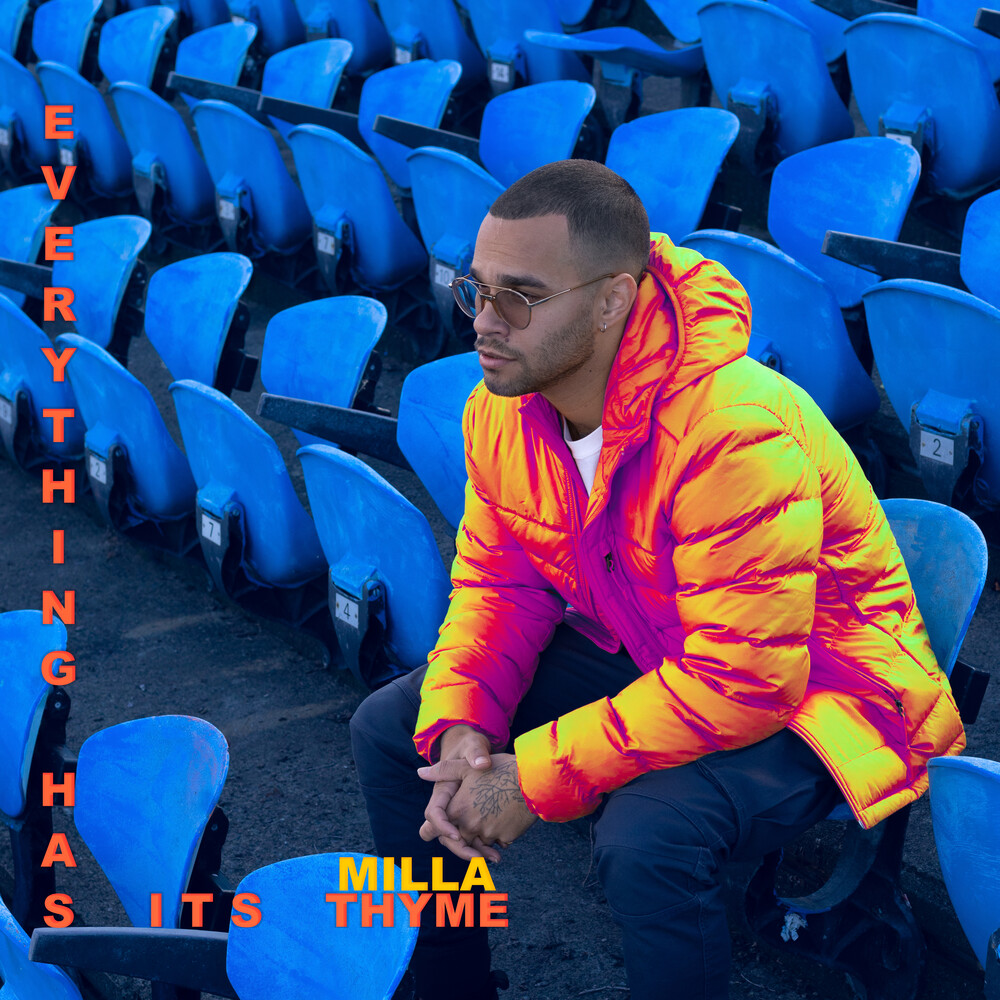 Vinyl LP pressing. Milla Thyme is a rapper, bassist and producer. His music is a blend of hip-hop, soul and jazz drawing from the foundations set before him, while creating a fresh new sound. As a socially-conscious rapper and proficient musician, Milla Thyme has earned critical praise among his peers, nationally and abroad. Originally from Toronto, Milla moved to Montreal to pursue music where he got experience composing, arranging and perfecting his skills on the bass. Since 2015, he has been a member of Urban Science which hosts #Le Cypher nights, one of Canada's most well-known hip-hop and soul events, along with playing in the Urban Science brass band. He's also collaborated with jazz hip-hop band The Liquor Store and has been a regular guest of the nationally acclaimed improv collective known as Kalmunity. In 2016, he released his EP Eternally the Student and now releases his debut full-length album titled Everything Has It's Thyme.