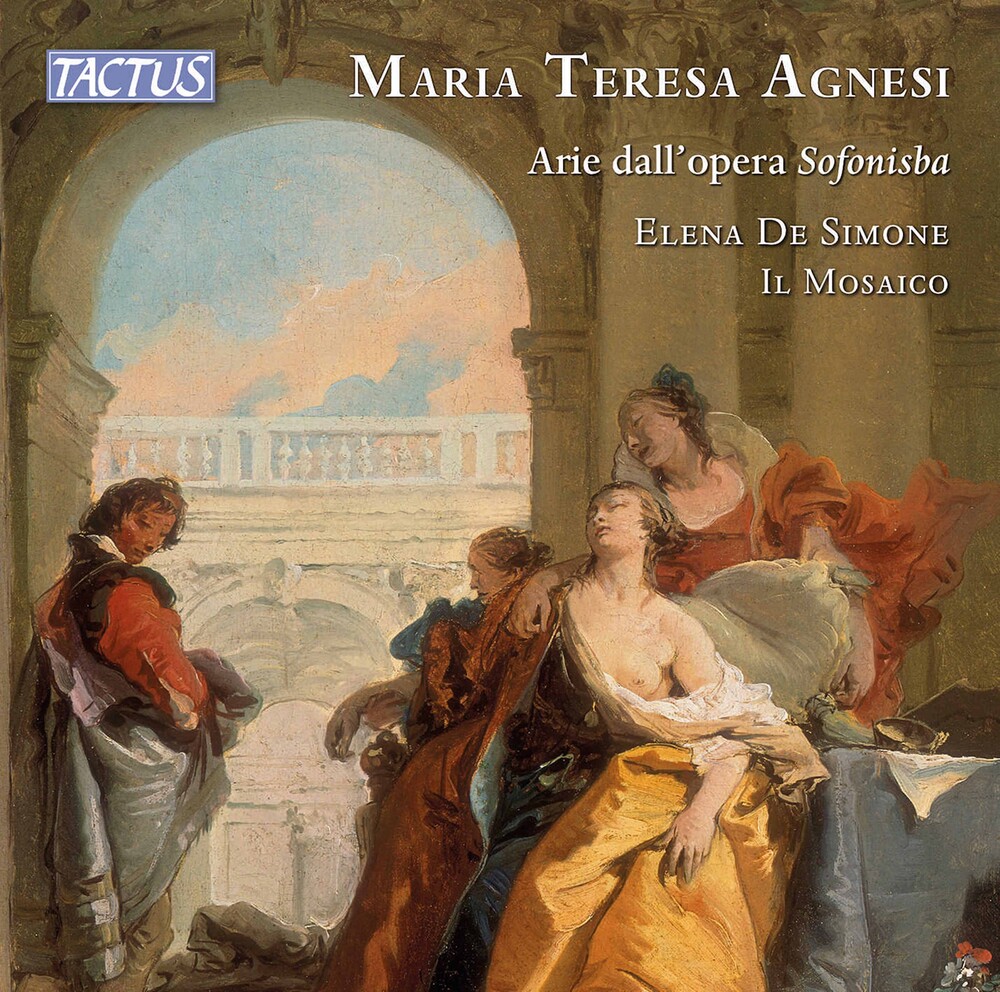 This selection of seven arias plus the licenza (the closing homage to a sovereign) from the opera Sofonisba by the Milanese composer Maria Teresa Agnesi (1720-1795) appears in the 300th anniversary year of her birth, a moment, alas, when covid-19 has quenched live performances of her music. This recording is thus all the more welcome. Even today, she remains in the shadow of her more famous older sister, Maria Gaetana (1718-1799), a mathematician celebrated throughout Europe. The sisters grew up in the house of their father, a rich silk merchant, and already in 1739 the French traveler Charles de Brosses recorded Teresa's keyboard performances in the family palazzo. She continued to be active in private Milanese circles, and composed three operas along with serenatas, largely for events connected to the Habsburg rulers of the city. She also produced solo and concerted keyboard music. Immediately after her father's death, she married Pier Antonio Pinottini in 1753; she thus moved to his family's castle in Cassino Scanasio (Rozzano, today the outskirts of Milan), but maintained some presence in the city's musical life. The family's fortune declined, and, after absence from public musical life, she died in genteel poverty. After the Arie con Istromenti (album TC720101), the voice of Elena de Simone becomes the interpreter of this new unpublished chapter dedicated to the rediscovery of the composer.