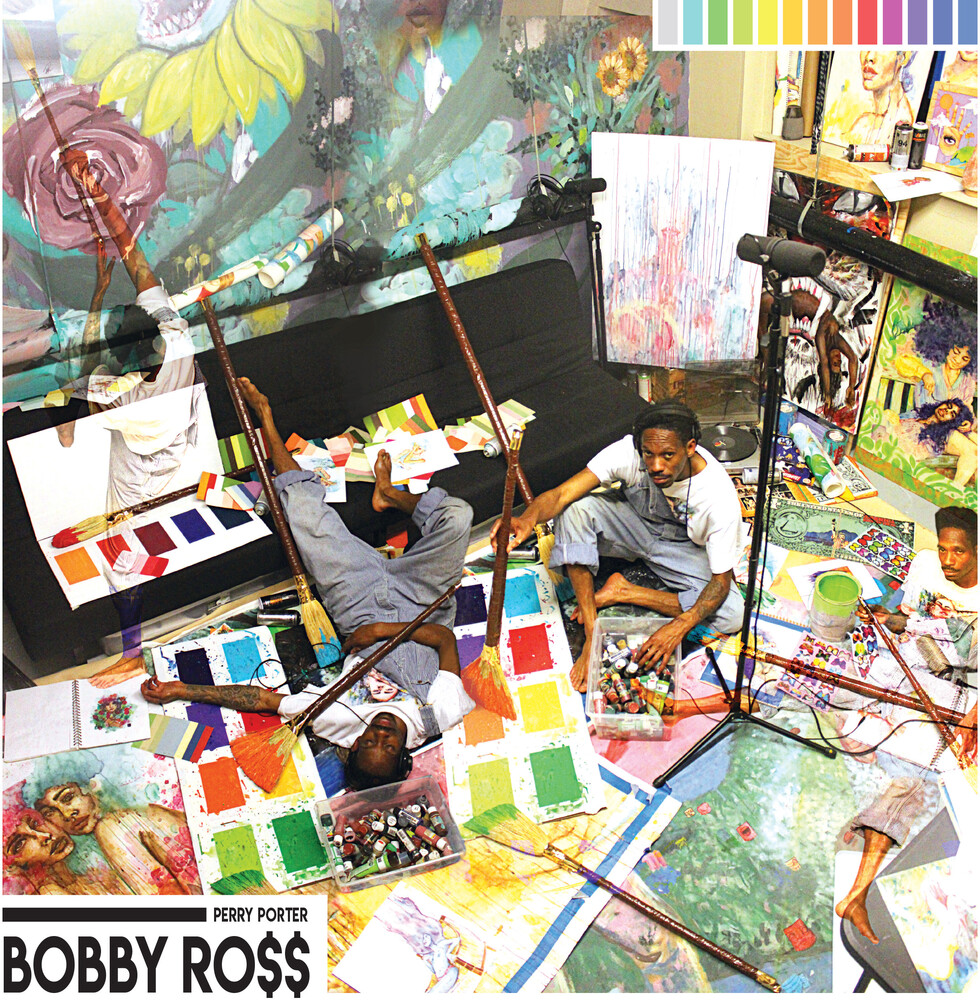 Crane City Music is proud to release Bobby Ro$$ from accomplished Seattle rapper and visual artist Perry Porter. His first full-length, Bobby Ro$$ is a vibe-heavy hustle through the landscape of art, blackness, and self-love. On it, he inhabits the alter ego of Bobby Ro$$, the trap music avatar of the much-loved PBS painter, Porter uses snippets of interviews with cultural luminaries such as Kara Walker, Jean-Michel Basquiat, and Maya Angelou as a narrative lattice to paint himself into the canon of black art. Originally from Tacoma, Washington-by way of rural Spanaway-Porter grew up playing drums and rapping over his own beats. His first foray into hip-hop was as half of buzzy local duo Sleep Steady, who received much acclaim in the Pacific Northwest and placed two songs in major video game titles (EA Sports UFC 2 and Cyberpunk 2077). He has since released several solo mixtapes, including 2018's critically-acclaimed Channel Surfing mixtape. As a visual artist, Porter's dreamlike watercolor portraits and lush murals have been shown in galleries across the country. His notable collectors include several NFL Seahawks players. He incorporates live painting into his performances and is currently planning a 30-city pop-up painting tour of record stores for Spring 2020. Bobby Ro$$ is the seventh record in the Crane City Music collection, a library of the hottest recent hip-hop albums from the Pacific Northwest on wax. The record assembles a wide variety of Seattle- and Tacoma-area talent, including producers Chong The Nomad, Jamie Blake, and Khris P, alongside rappers Blake Anthony, Romaro Franceswa, and Jarv Dee. The Crane City "Black Excellence" edition of Bobby Ro$$ is limited to 250 copies on black vinyl and features a cover designed by visual artist Izzy Vibes and liner notes by music journalist Martin Douglas. Perry Porter has opened for national touring artists such as Joey Badass, SuperDuperKyle, and The Flavr Blue, and performed to sold-out crowds at 2019's Capitol Hill Block Party music festival.
This website uses cookies to personalize content and analyse traffic in order to offer you a better experience.
I accept Learn More
back to top