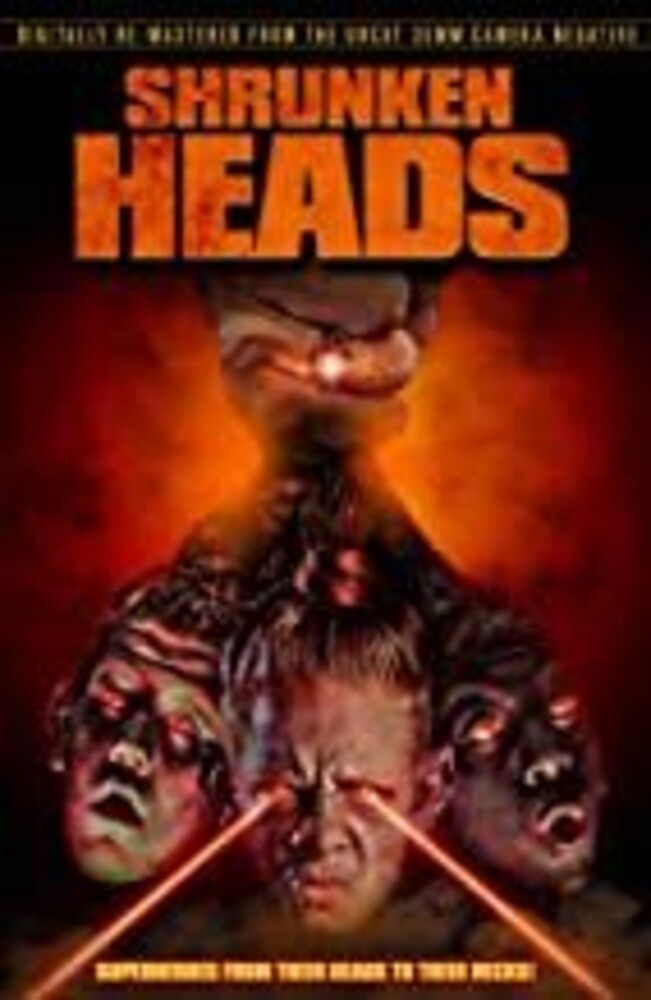 These three superheroes are HEADS above the rest! From cult director Richard Elfman (THE FORBIDDEN ZONE) and producer Charles Band comes SHRUNKEN HEADS, a legendary comedy horror head-trip available now on Blu-ray for the first time, remastered from the original 35mm camera negative! When three inner city kids are murdered in a gangland showdown gone wrong, a mysterious witch doctor opts to drag them back from the grave. Well, most of them anyway! The voodoo priest leaves the boys' bodies and only reanimates their heads. Now, this trio of floating craniums are left to fly around New York with only one thing on their minds: revenge! Elfman fills the screen with his patented blend of absurdity, grand guignol effects, dark humor and surreal insanity and gives the beautiful Meg Foster (THEY LIVE, LORDS OF SALEM) one of her wildest roles, that of lesbian crime kingpin Big Moe. Powered by original music from Elfman's brother, the award winning composer Danny Elfman (BATMAN, THE NIGHTMARE BEFORE CHRISTMAS, BEETLEJUICE), a delirious score by the great Richard Band (RE-ANIMATOR, PUPPET MASTER) and slick cinematography by Stephen McNutt (BATTLESTAR GALACTICA, THE DEAD ZONE), SHRUNKEN HEADS is one the weirdest and coolest Full Moon classics ever! Get ready to flip your lid and lose your mind!