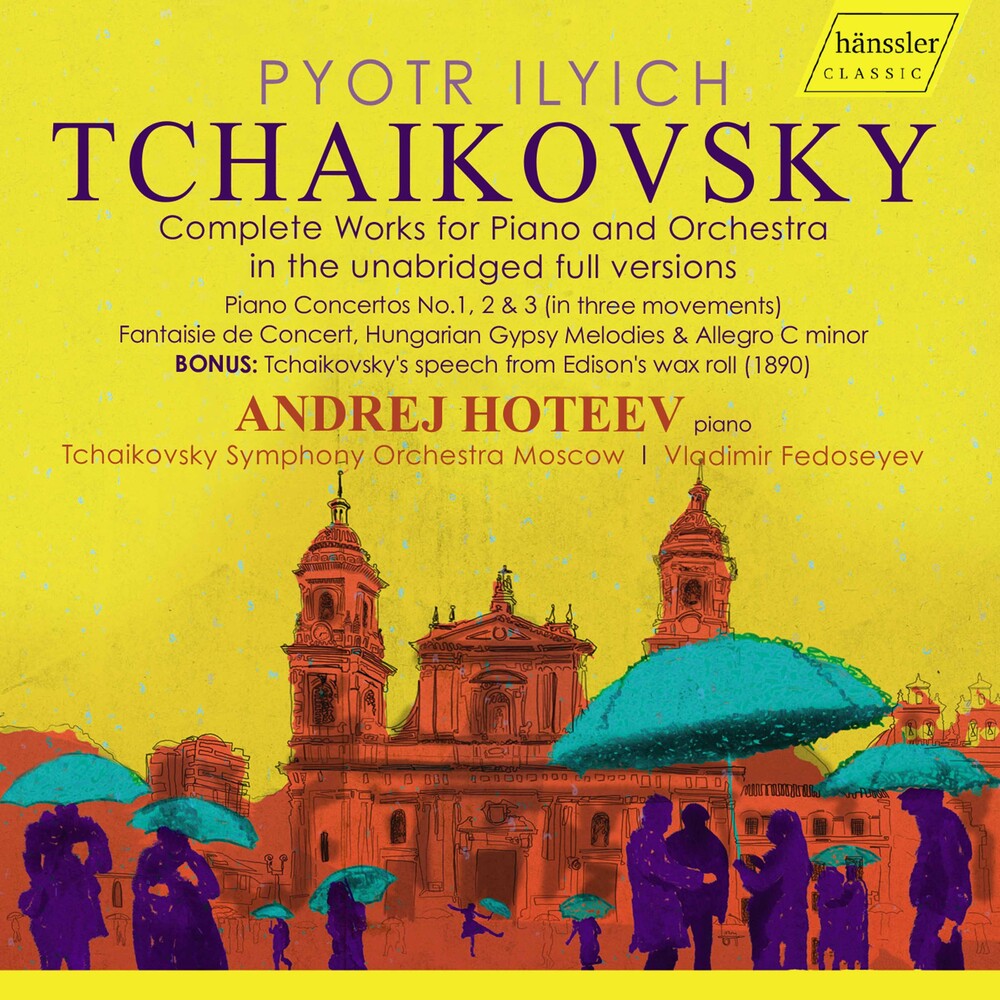 All Tchaikovsky's works for piano and orchestra exist, as do Bruckner's symphonies for instance, in multiple versions. Traditionally, these works have been played without commentary, mostly in versions shortened in one way or another. The aim of this Edition is to present the unabridged versions of Tchaikovsky's works for piano and orchestra as a box set. Sincere thanks are due to Dr. Polina Vaidman (Tchaikovsky Archive, Klin) and Prof. Lyudmila Korabelnikova, and to Dr. Marina Rakhmanova and Dr. Irina Medvedeva (Moscow). Extended conversations and and teamwork in the archives and on original manuscripts have been a great help. "In the making of these recordings, we have followed the composer's interpretative observations and annotations and his tempo markings, as shown in his manuscripts and his personal conducting scores." (Andrej Hoteev)