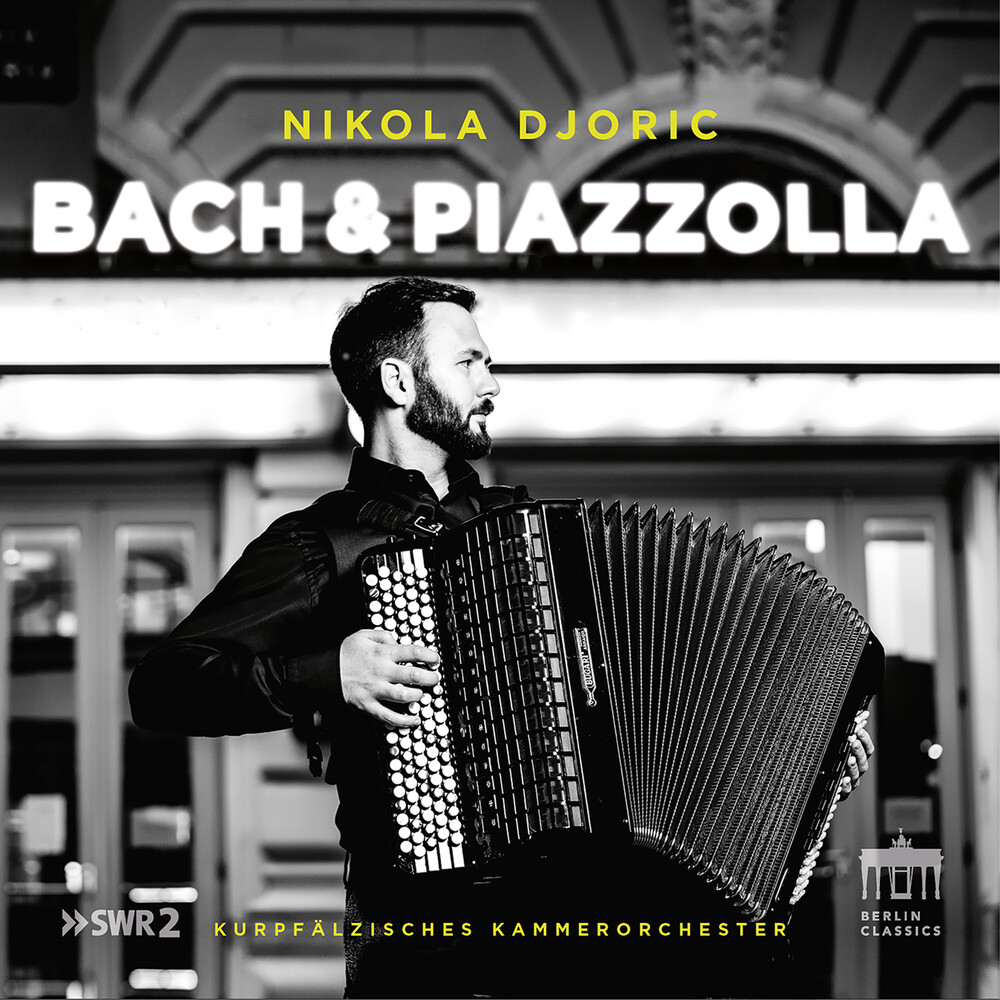 Bach & Piazzolla - two composers who really have nothing in common? The Austria-based Serbian accordionist Nikola Djoric has nevertheless brought them together on one album, creating a soundscape that is thoroughly unfamiliar in the context of Bach. Together with the Kurpfälzisches Kammerorchester (Chamber Orchestra Mannheim) under the baton of Hans-Peter Hoffmann, he has recorded Astor Piazzolla's famous Concerto for bandoneón, "Aconcagua", along with Bach's Harpsichord Concertos Nos. 1 & 7. For him, there was one really important aspect in the realisation of this project: "We recorded this music using a score faithful to the original; nothing at all was changed, this is not a series of arrangements. I play the Bach and Piazzolla scores one-to-one on the accordion, which gives the listener to hear familiar works in different tone colours. Thanks to it's ability to sing and it's complexity, the instrument exudes an inimitable allure. Just imagine: a wind instrument that plays polyphonically whether the player is breathing in or out and creates the notes in the air, as it were; a keyboard instrument that can phrase notes in the way string players do with their bows, with two different manuals, over 500 notes, 20 stops and a musician who plays using all ten fingers and can breathe freely at the same time - that is the button accordion: it sings and breathes."